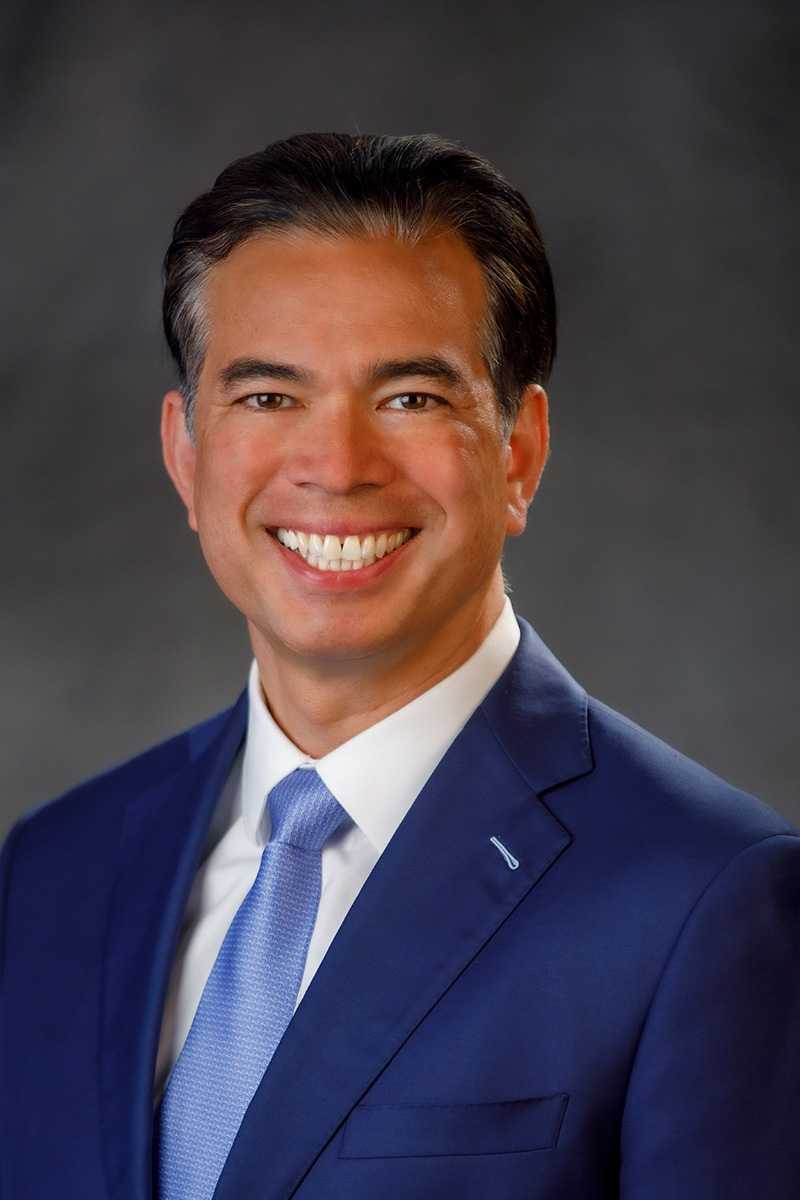 On April 23, 2021, Rob Bonta was sworn in as the 34th Attorney General of the State of California, the first person of Filipino descent and the second Asian-American to occupy the position.

Attorney General Bonta's passion for justice and fairness was instilled in him by his parents, who served on the frontlines of some of America's most important social justice movements. Instilling in him the lessons they learned from the United Farm Workers and the civil rights movement, Attorney General Bonta's parents lit a fire inside him to fight against injustice — to stand up for those who are taken advantage of or harmed. It's why he decided to become a lawyer — to help right historic wrongs and fight for people who have been harmed. He worked his way through college and graduated with honors from Yale University and attended Yale Law School.

In the State Assembly, Attorney General Bonta enacted nation-leading reforms to inject more justice and fairness into government and institutions. As the People's Attorney, he sees seeking accountability from those who abuse their power and harm others as one of the most important functions of the job. In elected office, he has taken on powerful interests and advanced systemic change — pursuing corporate accountability, standing up for workers, punishing big polluters, and fighting racial injustice. He has been a national leader in the fight to transform the criminal justice system, banning private prisons and detention facilities in California, as well as pushing to eliminate cash bail in the state. He has led statewide fights for racial, economic, and environmental justice and worked to further the rights of immigrant families, renters, and working Californians.

Born in Quezon City, Philippines, Attorney General Bonta immigrated to California with his family as an infant. He is the son of a proud native Filipino mother and a father who taught him the value of public service to his community. He is married to Mia Bonta, and they are the proud parents of three children Reina, Iliana, and Andres, as well as their dog Legolas.