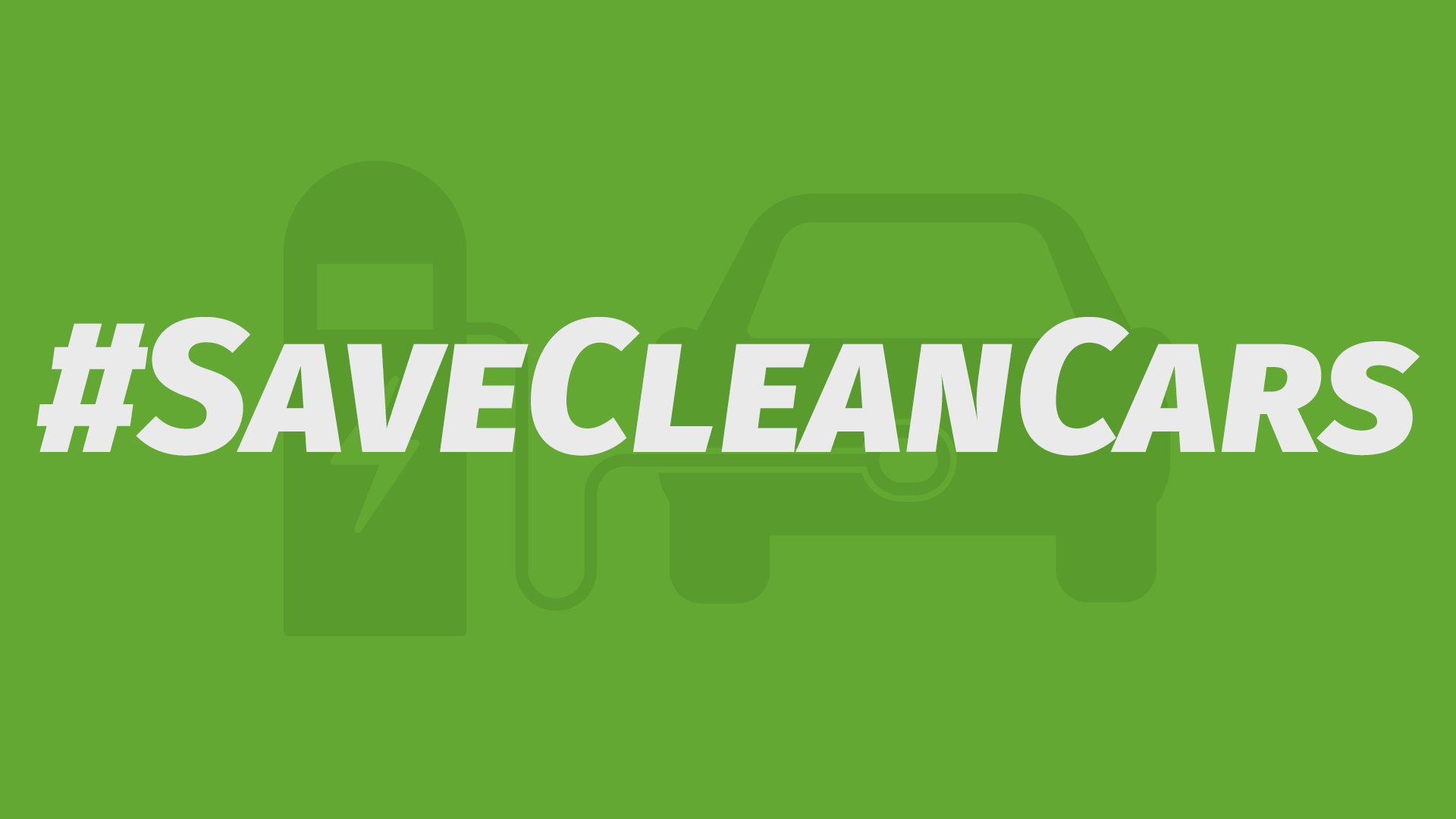 For decades, California — with other states and the federal government — has successfully pursued clean technologies and rules that have reduced harmful emissions from cars and light-trucks, saved lives, and grown our economy.

But this progress is under attack. The Trump Administration has not only rolled back National Clean Car Standards but has taken the unprecedented step of revoking California’s authority to set its own standards, which 13 other states and the District of Columbia have also adopted. California is defending its standards in lawsuits against the EPA and NHTSA.

Under the federal Clean Air Act, California sought and obtained waivers from the U.S. Environmental Protection Agency (EPA) for California's Advanced Clean Cars program, which regulates emissions of greenhouse gases and other pollutants in our state. As of 2019, 13 other states and the District of Columbia have elected to adopt California’s robust greenhouse gas emissions standards.

In 2010, the federal government established a National Clean Car Standards program to coordinate greenhouse gas emissions and fuel economy standards for light-duty vehicles, including cars and small trucks. The establishment of this program was one of the most significant federal actions ever taken to reduce domestic greenhouse gas emissions and improve fuel economy, establishing standards that increase in stringency every year from Model Year 2012 through Model Year 2025.

As required by the program, the EPA completed a mid-term evaluation of the standards. The EPA’s final determination, issued in January 2017, was that the greenhouse gas emission standards for model years 2022-2025 remain technologically feasible, cost effective, and would not be changed.

On April 13, 2018, the Trump Administration took its first step toward dismantling the national Clean Car Standards by reversing the final determination the EPA issued in January 2017 and contradicting its findings with a new mid-term evaluation that alleged the standards were no longer appropriate or feasible. The Trump Administration, in its unlawful attempt to issue a new determination, ignored the extensive technical evidence the EPA previously compiled and instead used irrelevant and flawed evidence to support its claim.

Leading a coalition of 17 states and the District of Columbia, former Governor Jerry Brown, the Attorney General’s Office, and the California Air Resources Board (CARB) sued the EPA on May 1, 2018 over this unlawful action.

On August 2, 2018, the Trump Administration issued its proposed rule to repeal the national Clean Car Standards. The proposal’s numerous flaws include the use of faulty assumptions, incorrect modeling, cherry-picked data, and is based on a fundamental misunderstanding of consumer behavior.

The Attorney General’s Office — with other California leaders including Governor Gavin Newson and CARB Chair Mary Nichols — leads a coalition of states, cities, and counties opposing President Trump’s plan and any weakening of the Clean Car Standards.

The coalition stands strong to defend our nation’s Clean Car Standards as well as California’s strict limits on vehicle greenhouse gas emissions and its Zero Emission Vehicles program, both of which protect the health and safety of its residents.

On September 19, 2019, the Trump administration targeted California’s greenhouse gas emission and zero-emission vehicle standards for light-duty vehicles (passenger cars and light trucks). The National Transportation Highway Safety Administration (NHTSA) finalized a preemption rule purporting to declare state greenhouse gas emission and zero-emission vehicle standards preempted by the Energy Policy and Conservation Act. The EPA revoked portions of the 2013 Clean Air Act preemption waiver it had issued to California for these and other standards. The EPA also finalized its determination that Section 177 of the Clean Air Act would not allow other states to adopt California’s greenhouse gas emission standards.

The Attorney General’s Office, leading a coalition of 23 states, 3 cities, and the District of Columbia, is currently pursuing two lawsuits to halt these Trump administration attacks on state authority and state standards: a lawsuit challenging NHTSA’s Preemption Rule and a lawsuit challenging EPA’s attempt to revoke California’s waiver.

On September 20, 2019, the Attorney General led the coalition in filing a lawsuit against NHTSA challenging its preemption rule. The suit argues, among other things, that the rule exceeds NHTSA’s authority and flouts Congress’ intent. Congress has repeatedly reaffirmed and embraced California’s authority to set vehicle emissions standards over the past four decades, including in the same Energy Policy and Conservation Act that NHTSA now asserts preempts such emission standards.

On November 15, 2019, the Attorney General led the coalition in challenging the EPA’s attempt to revoke California’s Clean Air Act preemption waiver. The EPA has granted California more than 100 waivers in the past 50 years and has never revoked a waiver once it was granted. This suit argues, among other things, that EPA exceeded its authority and is misinterpreting the Clean Air Act. 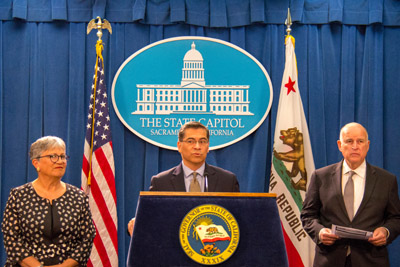 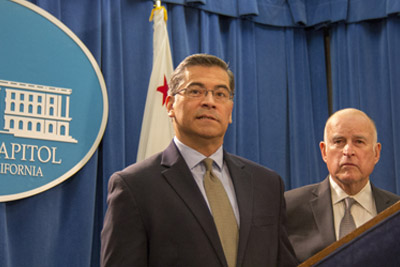 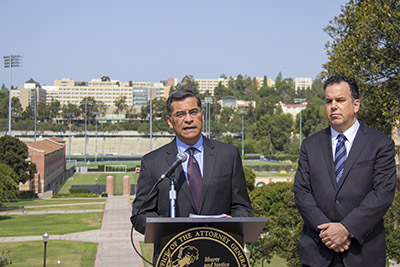 Opposition to EPA Roll Back on Clean Car Standards Video 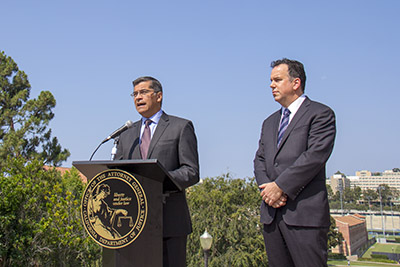 Opposition to EPA Roll Back on Clean Car Standards Photos 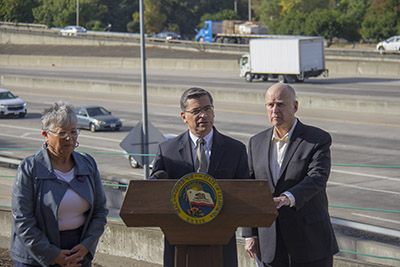 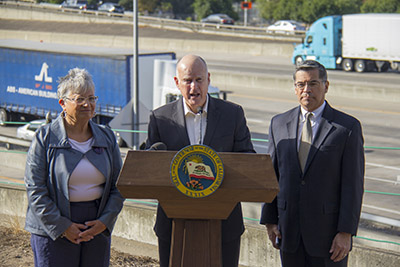 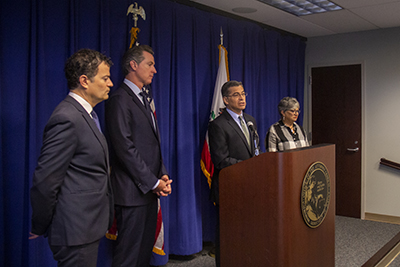 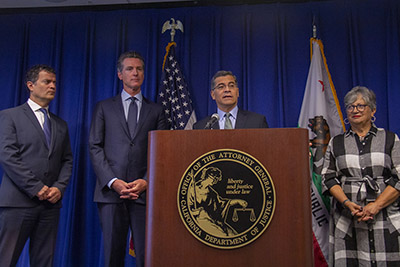 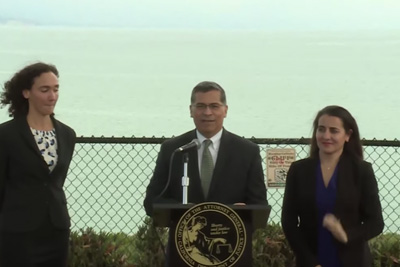